TCI is committed to utilizing its advanced technology to research and develop products that improve consumers' lives. Additionally, it offers donations and to support education in socially disadvantaged groups. Through organizing and participating in local public welfare activities, the company hopes to build connections between its employees and the community, increasing awareness of and involvement in social welfare-related issues.

In addition to its efforts to train professionals in various fields, TCI works with the academic community to cultivate talented students (e.g., R&D and project management personnel with leadership skills) to ensure the sustainable development of the domestic biotechnology industry. Current cooperative education programs proposed by TCI include the following:

Joining Hands with the Community: Embracing the Crowd

Xuhai Village is located in Mudan Township, Pingtung. Most of its residents are relatively poor. Although some of them possess land on a national reserve, this land cannot be sold. The possession of such land also denies them the ability to receive financial assistance because it disqualifies them from being recognized as poor or low-income households. Subsequently, TCI paid a visit to the school and communicated with the principal, Pan Yi-fang, to learn about its needs. Next, TCI offered to help the school by engaging in various activities there including having its GeNext Clinic provide local clinical services; hosting hand cream DIY activities; providing second-hand materials including books, furniture, musical instruments, and balls; helping the school refurbish its first-floor shop; offering medical resources; organizing science camps; taking the students on a one-day field trip to Taichung (cost: NT$90,000) to broaden their horizons; and regularly making small donations to cover registration fees, tuition fees, and miscellaneous fees. 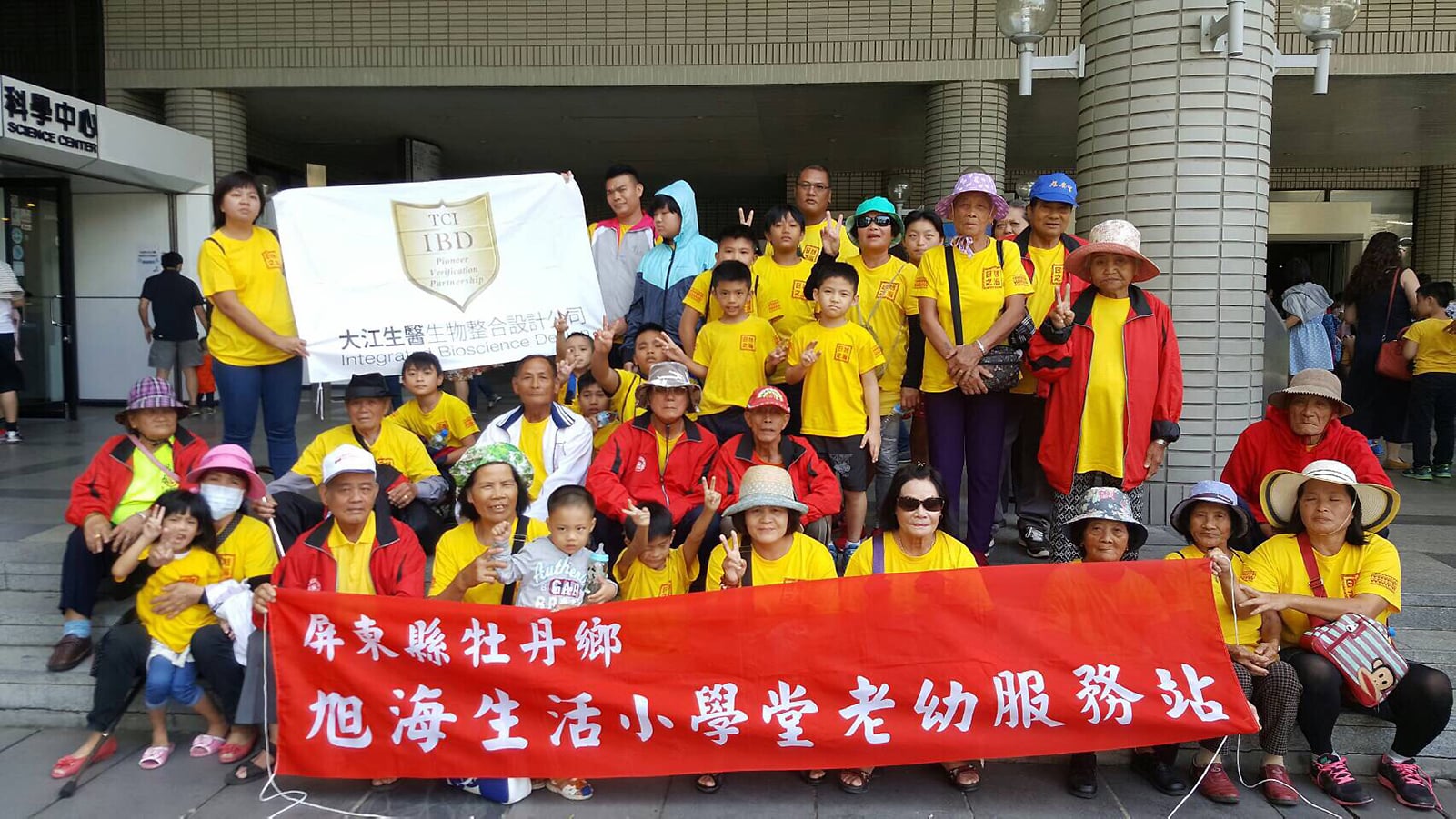 One corporate value that TCI puts into practice is giving back to society. Accordingly, the company has long committed itself to helping socially disadvantaged ethnic groups, associations, and schools in the remote regions of Pingtung that typically possess scarce resources. TCI focuses on providing education and learning to students in rural areas. Thus, the company arranged a trip for the students of Chiao Tzi Elementary School and Xinfeng Elementary School to pay a visit to the National Museum of Natural Science to explore the world of biology, and to Lukang Township, a cultural center, to learn about the transmission of culture from past to present.

Foreign spouses who come to Taiwan for the first time are curious about life in Taiwan. However, as they settle here, they discover language barriers and cultural differences that discourage them from living a fulfilling life. Thus, TCI is working with Taiwan Sunshine Bless Association to create a series of cultural and language courses for foreign spouses of varying nationalities and design picture books with reading guides in different languages. TCI then entrusts members of the association to recruit female community volunteers to provide reading guidance and explanations to help the foreign spouses learn Mandarin and gain confidence in their lives.

Sponsorship from the Chairman of the Board

Located in Sandimen Township, Pingtung County, Cing-Ye Elementary School is primarily attended by local Rukai students. To promote native Rukai language teaching and preserve Rukai culture, the school’s music and dance group (now folk song class) has been teaching students at the school Rukai songs for over two decades. Seeing these children singing Rukai songs in their ancestral language evokes a sense of timelessness that is deeply moving. Being a part of and improving consumers’ lives is one of TCI’s core tenets; its underlying meaning signifies the spreading of all things wonderful. Thus, to introduce the moving singing voices of these students to the world, the TCI chairman of the board sponsored a trip by the Cing-Ye Elementary School folk song class to the 57th International Festival for Sacred Music held in Loreto, Italy. The festival was broadcast by one of Italy’s state-run television stations, allowing this pure, authentic sound of Taiwan to be heard all over Europe and North America. 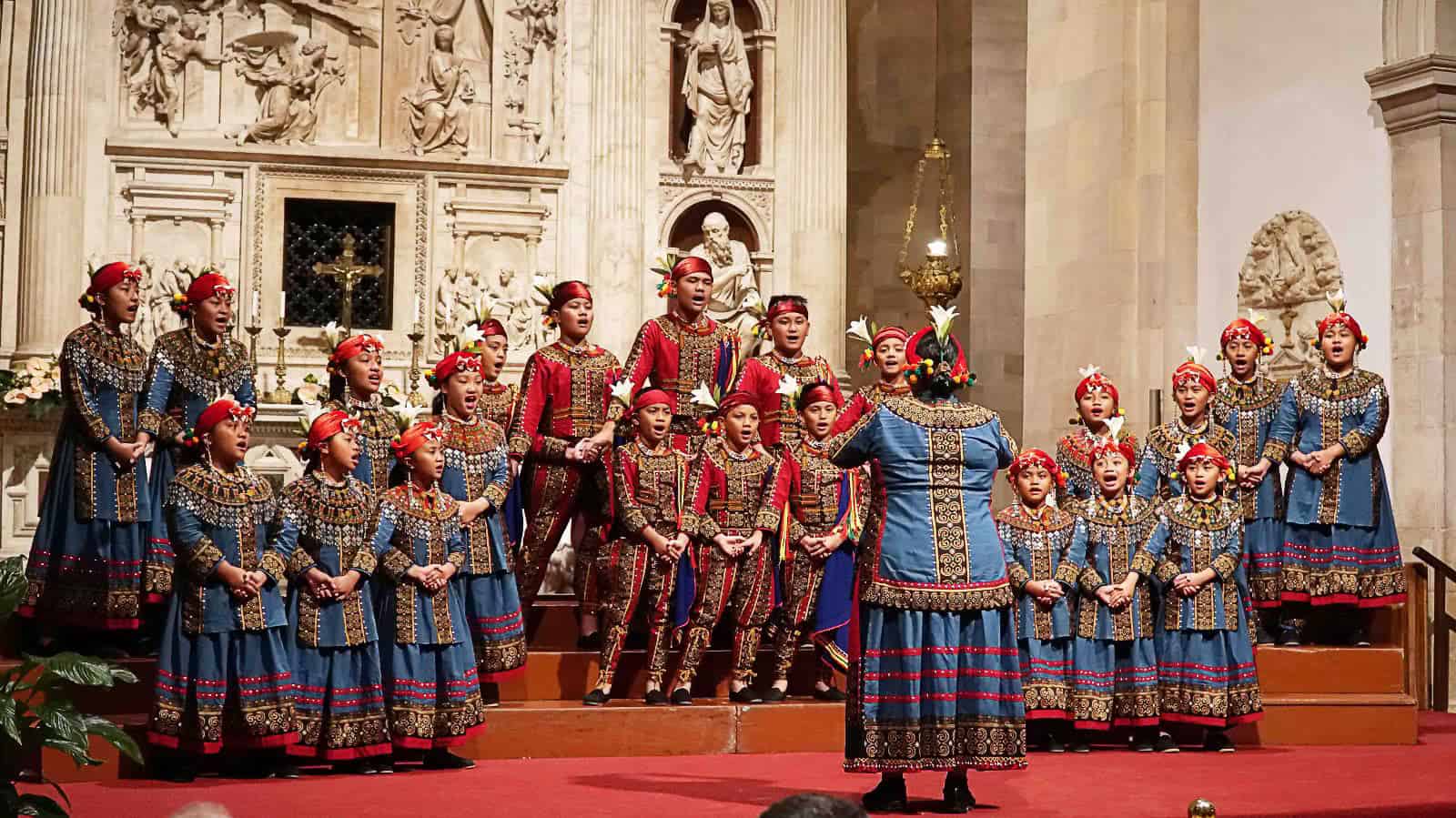 Kuwabar Village is a tiny village located at the southern of Chunri Township, Pingtung County. Because of the problem of declining birth rates in Taiwan leading to decreasing student numbers in schools, running a small-scale elementary school such as Guhua Elementary School presents marked challenges. The Guhua Elementary School Shiwen Campus only has 28 students and is classified as a “special school in a remote area” in Pingtung. In 2016, heavy rains from Typhoon Meranti caused severe collapses in the upper and lower layers of a major road connecting the school to the outside world (the damage has yet to be repaired), and students now must use an alternative route to go to school. In addition, the roof of the school buildings is old and has been leaking water for many years. Although an application for funding has been filed with the Ministry of Culture, such applications generally take a long time to process, if they are processed at all. Ms. Lin, the principal of the school, was concerned about the effect of the monsoon season on the students’ learning situation.

During her tenure in office, Ms. Lin received financial support from TCI because of its philosophy of giving back to society and benefitting local students. In addition, the sacrifices and contributions made by TCI and caring, hard-working members of the Formosa Charity Group transformed the school’s old and unpleasant washrooms into clean, well ventilated restrooms, elevating the quality of the students’ school environment.

The Corner Bookshelf”: Bookshelves for All 168 Elementary Schools in Pingtung County

TCI upholds and practices the philosophy of giving back to society. The company devotes itself to helping socially disadvantaged groups, associations, and schools in the remote regions of Pingtung that typically possess scarce resources. The 'Corner Bookshelf' concept entails setting up TCI bookshelves in all 168 elementary schools in Pingtung. New books are placed on the bookshelves every month to help expand students' knowledge.

The TCI chairman of the board, vice chairman of the board, and general manager sang Christmas songs and kicked off a fundraising activity for the Taipei Orphan Welfare Foundation, generating donations totaling NT$600,000. The donation was subsequently given to the Taipei Orphan Welfare Foundation to better the children’s lives. 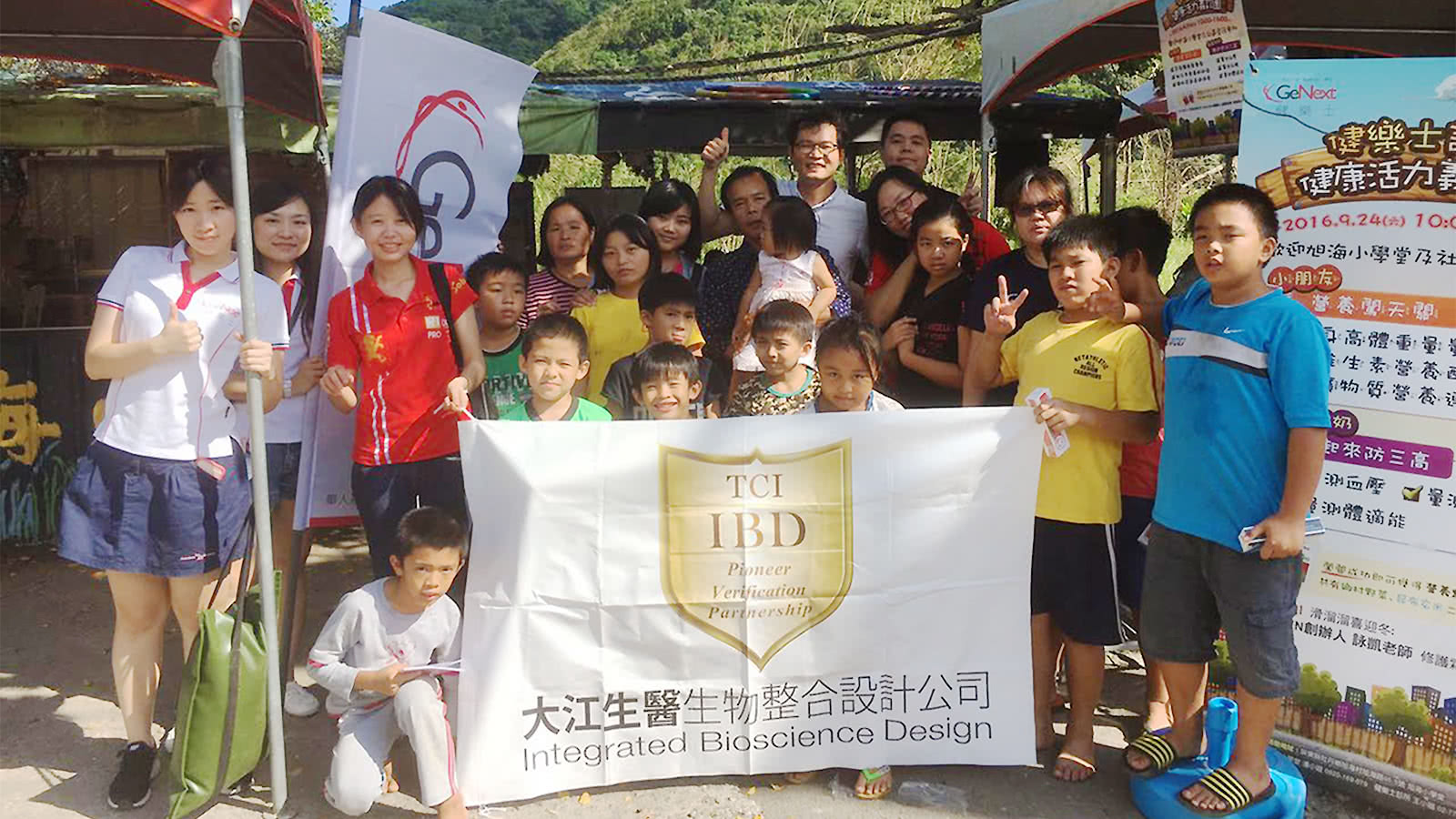 The Laiyi Senior High School girls’ soccer team is mostly made up of students from poor families. Only a few families are able to cover their children’s living expenses, and paying for consumables such as jerseys and soccer equipment is nearly impossible. Therefore, since 2015, TCI has been sponsoring the soccer team in the hope that the girls will not be prevented from playing by their families’ economic condition and to help them bring glory to Taiwan. Last year, the soccer team was the only Asian team to participate in the Pan-Pacific Futsal Championship, where they won the silver medal despite possessing the least soccer resources and being the youngest and smallest of all the soccer team. 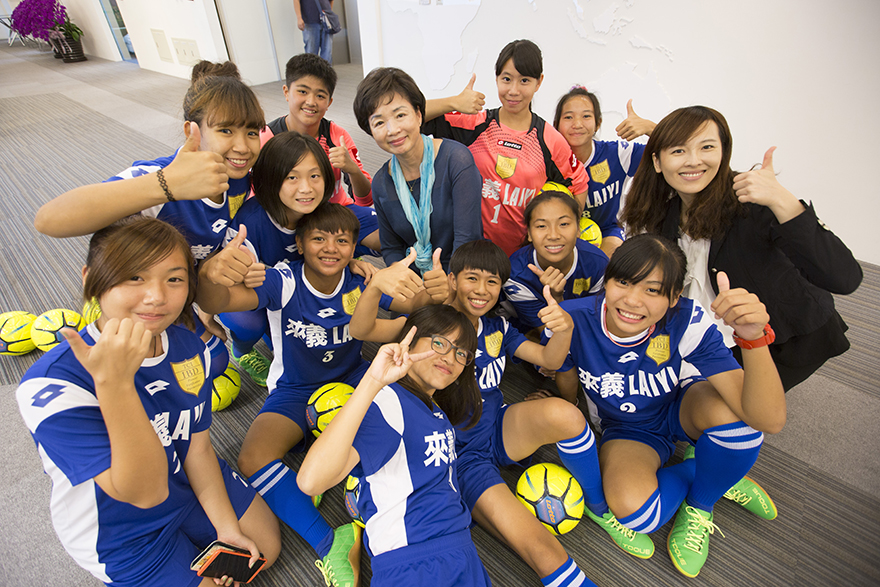 TCI fulfills its corporate social responsibility and gives back to the society by continuing to establish new “corner bookshelf” locations. These bookshelves have already been installed in many places and will continue to be installed in new associations, schools, and residential units. In 2018, TCI plans to install bookshelves in an average of eight new locations per month. The expected cost totals NT$750,000, which will be used for purchasing books and bookshelves, setting up the bookshelves, and engaging in subsequent follow-ups and obtaining feedback. 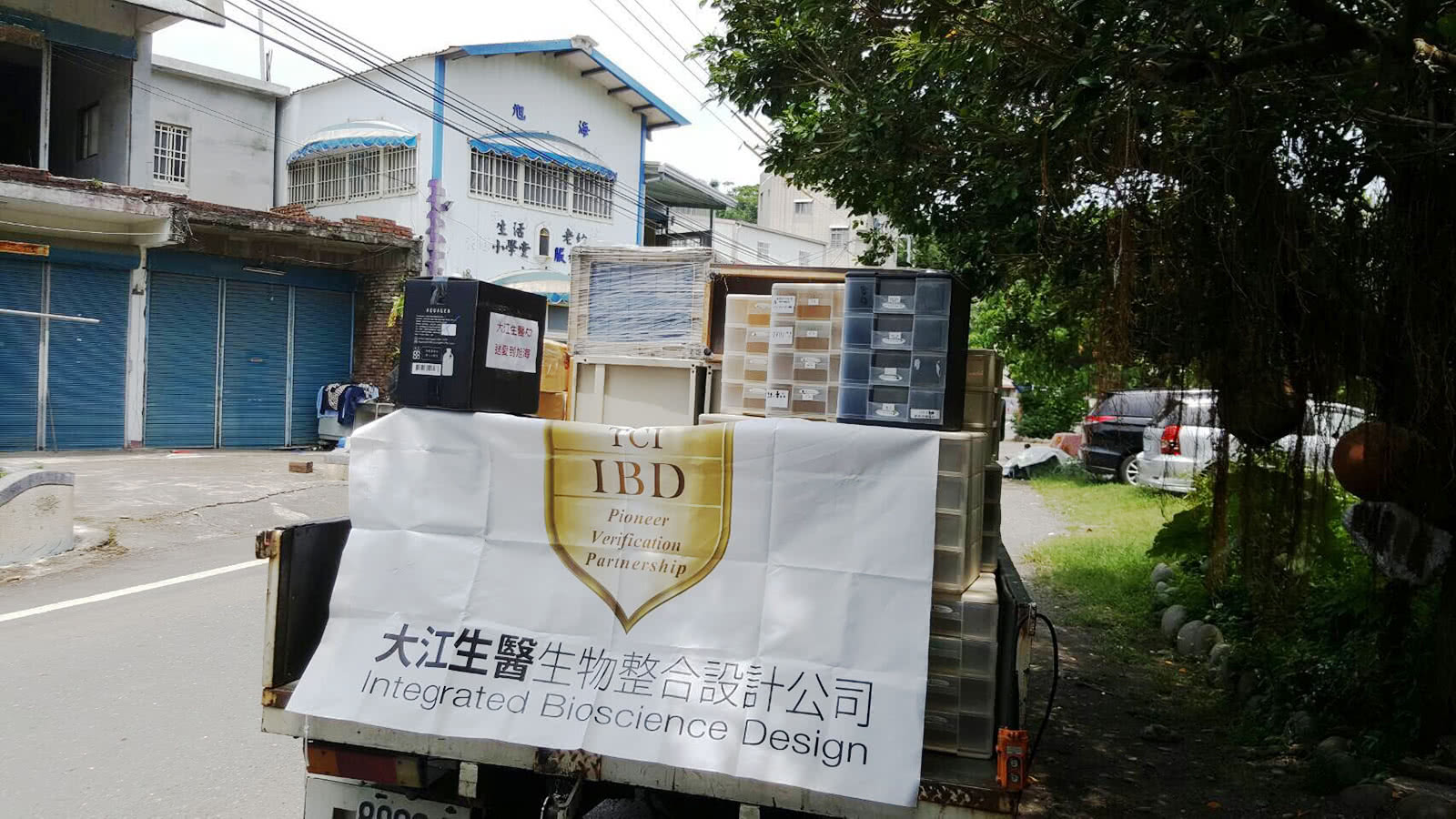 TCI has paid for Wangjia Elementary School’s school lunch program and afterschool programs for many years. The school is located in a remote region populated mostly by Paiwan people. Students’ parents are mainly foreign spouses or single parents. In addition to offering academic education, the school principal devotes himself to cultivating the students’ knowledge of art and literature and helping them develop a second skill (e.g., Taekwondo, swimming, music, and painting) in order to raise their competitiveness once they graduate.